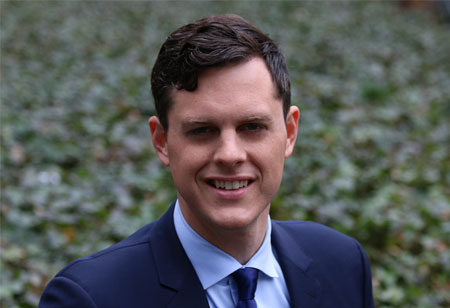 When the asteroid hit, dinosaurs had to adapt or die. Some evolved to become birds; the rest you can see in the museum. Now, faced with digital cataclysm, smart media companies are soaring. The unexpected hero-to-the-rescue is Marketing, using new promo-targeting technologies to build ratings even as the overall audience for linear TV shrinks. What is different is that these new technologies use behavioral modeling to target promos precisely, making them more effective while using fewer spots.

Here is the problem: yes, more people watch more content than ever, but the audience for individual shows is dropping like a rock, especially on linear television. Of the coveted 18 to 49 age demographic, TV usage is down 6 percent. The average cable networks weekly reach is down double digits, year over year. Ad Sales is drowning in make-goods, losing precious inventory just to deliver their guarantees. This means that marketers need to promote content and increase ratings, in a world with a dwindling target audience and less inventory for their campaigns.

This, in turn, puts tremendous pressure on research teams. As always, they have to assist the ad sales departments—targeting sales by showcasing each programs strengths with specific viewers. Now, they must also give the marketing and promotion teams the tools increase ratings and awareness—the ability to hit the right audience with the right network and programming messaging

To handle these new challenges head-on, media companies are engaging media-technology firms that use data-science solutions to provide new insights. Together, they create behavior based campaign management tools that influence the influence able and, frankly, ignore the rest.

3. Utilize sister networks through Cross Channel Marketing
4. Use Advanced Targeting through reciprocal affinity (whether it be Network, Specific Program, or Genre)
5. Automatically schedule promos through a Machine Learning Algorithm

Developing these systems is no easy matter; they are highly complex and use sophisticated mathematics. Viacom, a leader in the field, has already benefitted by working hand-in-hand with these firms’ top Ph.D. data scientists, pacing them through months of rigorous testing, to discern best practices and procedures. Their machine learning system slated promos for the 2015 MTV Video Music Awards, reaching 40 million people on MTV and on sibling networks. Among viewers who saw ads across multiple networks, a stunning 47 percent watched some portion of the show.

The key metric to solve for is conversion. Previously, marketing groups relied on gross rating points. However, not all GRPs are created equal. Some are effective with a higher probability of conversion, others less so. Media companies and Marketing groups can no longer afford the waste. Sure, they can get the same reach levels from multiple programs, but figuring out which program work is the key. Savvy companies go beyond reach and frequency, solving for a conversion quotient. Thankfully, we have the foresight to see the meteor coming and, more importantly, the knowhow to avoid the oncoming impact and devastation. Where earlier generations built look-alike models for their promos, those models are headed to the proverbial tar-pits.

Today we are seeing rapid and wide use of advanced behavioral targeting to create act-alike models. Using predictive analytics, audience modeling, and machine learning algorithms, media companies sniper target the placement of each promo. Yes, they efficiently deliver the desired reach and frequency. More importantly, they maximize the results from each campaign.

Utilizing respondent level data with the help of data scientists, these algorithms look beyond just targeting based on age and sex, they target based on reciprocal affinity. With all of this data at our fingertips, Networks can save ammunition because they now know what their target is watching, where their targets are watching and when to hit their target with a directed promo. To delve a little deeper into how advanced behavioral targeting works, one needs to identify target viewers, find out what they are watching and when, and then create a host network and a cross channel plan to target the viewers who also watch these programs.

To understand how reciprocal affinity works and how can media companies implement it efficiently, imagine this completely hypothetical example: suppose that Vision Network’s hit show Shout just entered its second season. If respondent level data shows that 20 percent of Shout’s season 1 audience also watches Team Daddy, then this shows a specific level of affinity between the two programs. Now, when a Shout promo is featured, during the viewing of Team Daddy, there is a higher probability of converting the Team Daddy viewers who are not Shout viewers, than if one aired a promo in a program that 0 percent of Shout viewers watch. Now, imagine creating a reciprocal affinity matrix that ranks the affinity level of the promoted show with, literally, every program on the network, on sister networks, and even on competitor’s networks. Now, imagine the ability to do this with every show being promoted. Now imagine how huge an advantage this is; how this can lift a company up even as the total viewing audience falls.

AI Revolution in the World of Media

The Experience Economy: The Future of Technology and Entertainment

The 5 Desires That Will Transform Entertainment Tech By 2025